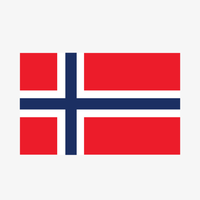 This presentation analyses the co-evolution of science, technology and innovation policy and industrial structure in a small, open, resource-based economy (Norway). An evolutionary and historically oriented approach to the study of the development of such policies that may have wide applicability is presented and applied to Norwegian evidence. The specific character of innovation in resource-based activities, which differs in many respects from the more commonly studied case of innovation in “high-tech” industries elsewhere, is highlighted and the implications for the development of the Norwegian innovation system and the innovation policy stance discussed. Elsewhere abundance of natural resources have often been interpreted as a curse but in the Norwegian case the effects appear to have been largely beneficial. However, climate change and the need to replace fossil fuels with renewable energy sources, present the Norwegian economy and its policy makers with new challenges.

The keynote and the discussion will take place in English.

Professor Jan Fagerberg is affiliated with the Centre for Technology, Innovation and Culture (TIK) at the University of Oslo. Previous affiliations include the Norwegian Ministry of Finance and the Norwegian Institute for Foreign Affairs (NUPI) and Aalborg University. Fagerberg studied history, political science and economics before he graduated from the University of Bergen in 1980 with a degree in economics. He holds a D. Phil. from the University of Sussex (1989), where he was at the Science Policy Research Unit (SPRU). In his research Fagerberg has among other things focused on the relationship between technology (innovation and diffusion) on the one hand and competitiveness, economic growth and development on the other. He has also worked on innovation theory, innovation systems and innovation policy.

Gernot Hutschenreiter is Head of the Department ‘Country Innovation Policy Reviews’, Directorate for Science Technology and Innovation, OECD. From 1998 to 2002 he served as Deputy Director of WIFO. He has managed and contributed to a series of innovation policy reviews of OECD and Non-OECD countries, including the review of the Norwegian innovation policy in 2017.

Katharina Warta is managing director of Technopolis Austria, and chairman of the Austrian Platform for Research and Technology Policy Evaluation. Her work covers  policy and programme evaluations as well as strategy development on the institutional and policy level. Her studies address key challenges of research policy as for instance how to address cooperation between academia and industry, how to support radical innovations or increase gender equality.

The event is part of a series comparing the Austrian higher education and innovation system with those of other countries. Beginning with autumn 2010, Switzerland, Germany, France, Catalonia, Sweden, Denmark, Great Britain, Singapore and the Netherlands were the subject of high-level presentations. The series is organised by the Austrian Platform for Research and Technology Policy Evaluation (fteval) in cooperation with the Federal Ministry of Education, Science and Research (BMBWF) and the Vienna Science, Research and Technology Fund (WWTF).